Warning Signs of DWI in Houston

Maintaining proper lane position can be a difficult task for an impaired driver. For example, we have all, at one time, seen vehicles weaving. Weaving is when the vehicle alternately moves toward one side of the lane and then the other. The pattern of lateral movement can be fairly regular, as one steering correction is closely followed by another.

In extreme cases, the vehicle’s wheels even cross the lane lines before a correction is made. You might even observe a vehicle straddling a center or lane line. That is, the vehicle is moving straight ahead with either the right or left tires on the wrong side of the lane line or markers.

Drifting is when a vehicle is moving in a generally straight line, but at a slight angle to the lane. The driver might correct his or her course as the vehicle approaches a lane line or other boundary or fail to correct until after a boundary has been crossed. In extreme cases, the driver fails to correct in time to avoid a collision. 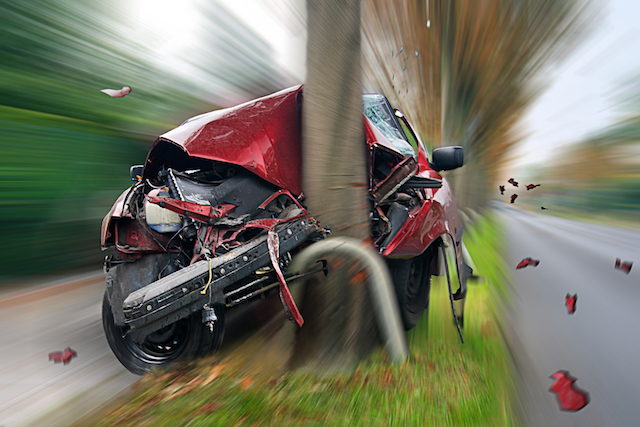 Course corrections can be gradual or abrupt. For example, you might observe a vehicle to swerve, making an abrupt turn away from a generally straight course, when a driver realizes that he or she has drifted out of proper lane position or to avoid a previously unnoticed hazard.

Signs of DWI Accident in Houston

A related DWI cue is almost striking a vehicle or other object. You might observe a vehicle, either at slow speeds or moving with traffic, to pass unusually close to a sign, barrier, building, or other object. This cue also includes almost striking another vehicle, either moving or parked, and causing another vehicle to maneuver to avoid a collision.

Turning with a wide radius or drifting during a curve is the final cue in this category of driver behaviors. A vehicle appears to drift to the outside of the lane or into another lane through the curve or while turning a corner. Watch for this cue, and stop the driver when you see it.

Many alcohol-involved crashes are caused by an expanding turn radius or drifting out of lane position during a curve.

There is a good chance the driver is DWI if you observe any type of stopping problem. Stopping problems include stopping too far from a curb or at an inappropriate angle, Stopping too short or beyond a limit line, and Jerky or abrupt stops.

Impaired drivers also can experience difficulty maintaining an appropriate speed. There is a good chance the driver is DWI if you observe a vehicle to Accelerate or decelerate rapidly for no apparent reason. Vary its speed, alternating between speeding up and slowing down. Be driven at a speed that is 10 miles per hour (mph) or more under the limit.

Vigilance concerns a person’s ability to pay attention to a task or notice changes in surroundings. A driver whose vigilance has been impaired by alcohol might forget to turn on his or her headlights when required. Similarly, impaired drivers often forget to signal a turn or lane change, or their signal is inconsistent with their maneuver, for example, signaling left but turning right. Alcohol-impaired vigilance also results in motorists driving into opposing or crossing traffic and turning in front of oncoming vehicles with insufficient headway.

Alcohol-impaired vigilance also results in motorists driving into opposing or crossing traffic and turning in front of oncoming vehicles with insufficient headway.

Driving is a complex task that requires accurate information about surrounding traffic conditions. Failing to yield the right of way and driving the wrong way on a one way street are dangerous examples of vigilance problems. A driver whose vigilance has been impaired by alcohol also might respond more slowly than normal to a change in a traffic signal. For example, the vehicle might remain stopped for an unusually long period of time after the signal has turned green. Similarly, an impaired driver might be unusually slow to respond to an officer’s lights, siren, or hand signals. The most extreme DWI cue in the category of vigilance problems is to find a vehicle stopped in a lane for no apparent reason. Sometimes when you observe this behavior the driver will be just lost or confused, but more than half of the time the driver will be DWI—maybe even asleep at the wheel.